Preview Mode Links will not work in preview mode

Hello BBQ Beat Podcast Fans! This page provides a simple listing of the podcast episodes I've published to date. Listen at your leisure, and please... share with folks you think might also be interested!

Heath Riles on Burnin' Up the Road and Establishing a Brand

Heath Riles of Heath Riles BBQ is someone for whom I've had a lot of respect for some time. I'm proud to call him a friend and appreciate him sitting down and taking time to talk with me for this podcast episode.

Heath shares some of his earliest memories cooking with his family. His recollections on how he got started cooking BBQ competitions mirrors some others you might have heard (or experienced) -- with drinking and partying playing a big role at first and an increase in focus and effort as the desire for more consistent results takes hold. 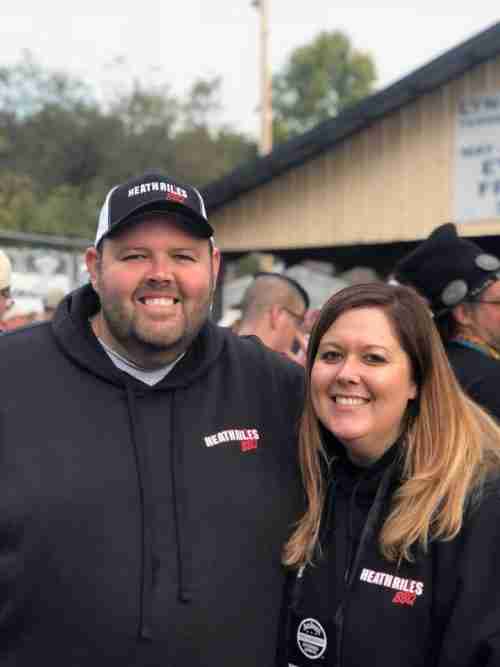 I don't know too many competition cooks who have done as well as Heath has on both the KCBS and MBN circuits. These two sanctioning bodies run such different styles of contents that it's not the norm to have teams dominate at both levels like Heath has.

I've attended a Heath Riles competition BBQ class and can tell you that he lays it out there like few others I've seen. Recipes, methods, tips and tricks... attendees get it all. If you ever have a chance to attend one, do it. If you're a non-competitive cook, your friends and family will be wowed by what you're able to do. If you compete - you'll start walking more often. I promise.

Check out this video on How to Cook Competition Ribs Heath did with Malcom Reed over at How to BBQ Right. At the time of this posting - the video has received 1,263,244 views.

Here's the blackened chicken sandwich recipe mentioned in this interview. You can find it over on the BBQ Guru YouTube channel.

Want to connect with Heath? Awesome. You can find him via the following social media channels:

And lastly, check out these past popular BBQ Beat posts...

The BBQ Beat Podcast hosted by Kevin Sandridge shares great stories related to BBQ and Grilling as told by the people who inspire them. Guests include competition BBQ pitmasters, food industry insiders, BBQ and grilling product manufacturers, and event promoters from the US and abroad. If you love BBQ and have an appreciation for live-fire cooking – this is the Barbecue podcast for you.