Preview Mode Links will not work in preview mode

Hello BBQ Beat Podcast Fans! This page provides a simple listing of the podcast episodes I've published to date. Listen at your leisure, and please... share with folks you think might also be interested! 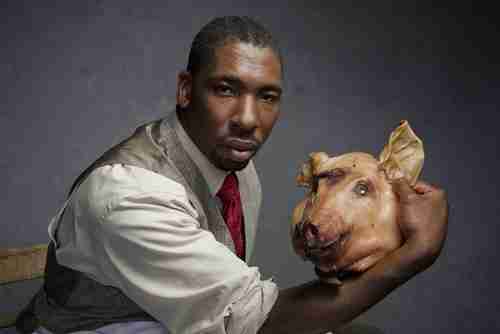 I recorded this episode several months back and was fortunate to have a nice long conversation with Dr. Conyers. As you have come to know, the interviews here at The BBQ Beat Podcast are long-format. As such, it’s not unusual for conversations to go into the one-hour mark.

Fortunately for us, Dr. Conyers made time in his busy schedule to give us an in-depth look at his life and passions. To that end, though it takes a little while to get into some of the food-specific elements of our conversation, I think you’ll gain a fuller appreciation of what Dr. Conyers is attempting to relay through his work.

As you hang with us through this conversation, you’ll learn
about Dr. Conyers’ life on his family farm outside of Manning, South Carolina and how that life infused him with a strong work ethic and set the foundation for his love of engineering and science.

After discussing Dr. Conyer’s selection as part of Southern Living Magazine’s 2018 Southerners of the Year – along side James Beard Award Winner Chef Rodney Scott - We’ll discuss some of the familial aspects of BBQ as Dr. Conyers recalls them, including ways BBQ culture and tradition have been handed down from one generation to the next.

Of course, no conversation with Dr. Conyers is complete
without talking about his 10-episode PBS Digital Series Nourish – viewable on YouTube. The Nourish series focuses on food – what it says about who we are, where we're from and the ties that connect us. The series explores the people, culture and SCIENCE behind what we eat - from farm to table. I highly recommend you check out this series as it really is food for your mind, body and soul.

Catch Up on Past BBQ Beat Episodes

The BBQ Beat Podcast hosted by Kevin Sandridge shares great stories related to BBQ and Grilling as told by the people who inspire them. Guests include competition BBQ pitmasters, food industry insiders, BBQ and grilling product manufacturers, and event promoters from the US and abroad. If you love BBQ and have an appreciation for live-fire cooking – this is the Barbecue podcast for you.